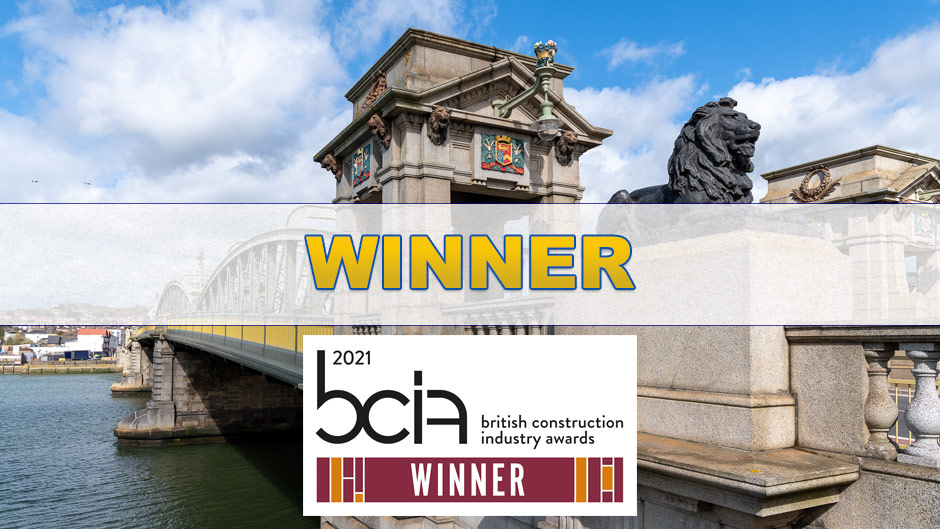 A medieval charity has been recognised for its role in the provision and enhancement of modern transport services.

Rochester Bridge Trust won the Transport Project of the Year at the British Construction Industry Awards (bcia) for the recent refurbishment of its bridges.

The Rochester Bridge Refurbishment Project was a multi-million pound scheme to put the Trust’s three bridges over the River Medway into the best possible condition for the future.

Sponsored by The Engineers Collective the award recognises commitment to: provision of reliable transport infrastructure; achievement of real-user benefit; demonstrable commitment to the reduction of carbon emissions; collaborative working; and provision of a positive working environment.

James Booth, Bridge Manager at the Rochester Bridge Trust, collected the award. He said: “The refurbishment was a significant undertaking for the Trust. Despite the pandemic, it was completed to a very high standard, on time and under budget, so keeping Rochester and Strood connected, as well as benefitting the wider travelling public for many years to come.

“This award recognises the efforts of the whole team, including the work of lead contractor FM Conway and all the other organisations involved in the project. It was a team effort and this award is a team success. Thank you to everyone involved.”

This is the second award to have been won by the project, which was crowned in the international Bridges Awards earlier this year.

The Trust now hopes to score a hat-trick, with members of the public asked to vote for the project in the global ICE People’s Choice Awards.

Organised by the Institution of Civil Engineers, the People’s Choice Awards selected the best six civil engineering projects of 2020 from around the world, with the winner chosen by a public vote.