Mini Adventurers go on the trail of bridges

Bridge-themed Adventure Golf was installed in Rochester Cathedral as a free summer activity to engage families with engineering. It’s one of many ways the Rochester Bridge Trust encourages Learning Through Play, and has proved a hit with visitors of all ages, prompting a wealth of positive feedback.

Among that feedback was a series of tweets by the Mini Adventurers, Alice and Tim, an inspirational duo of Lego Minifigures, who travel the country learning through experiences. Their story nicely sums up the highlights of the bridges adventure golf, while still leaving a lot to be discovered.

Alice and Tim have kindly given their permission for the Trust to reproduce their Twitter thread here.

Note: click on a picture to view the full size version.

Today, Alice & Tim are playing crazy golf with a difference. It is inside Rochester Cathedral! And because the Rochester Bridge Trust have organised it, you can learn about bridges at each hole. (1/10) 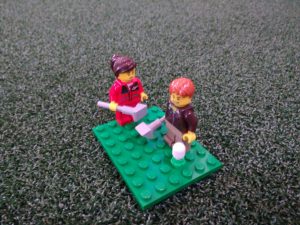 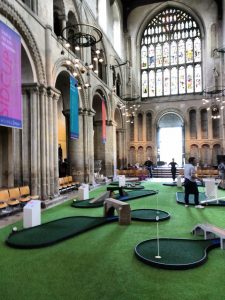 The first hole is the Roman Rochester bridge, and then the second is the medieval bridge that replaced it. The Roman bridge lasted for over 1300 years, but was damaged by ice when the river froze in 1381 and had to be replaced. (2/10) 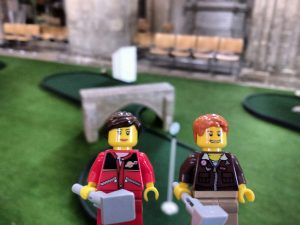 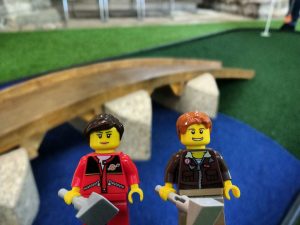 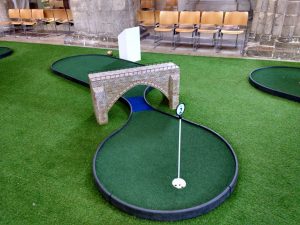 A new bridge was needed in 1856, so one was built with a swing section to allow tall ships to pass through, but it was never used. (3/10) 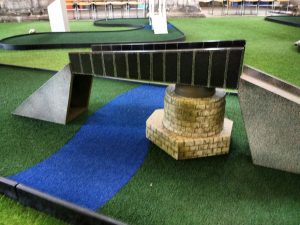 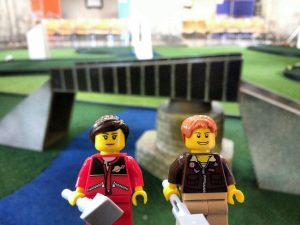 Alice & Tim recognise these lions! This hole has Rochester Old Bridge. It replaced the 1856 bridge, and used bowstring trusses to make it strong. (4/10) 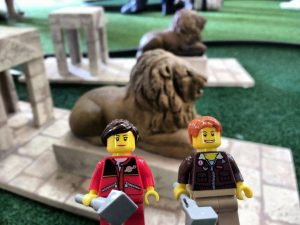 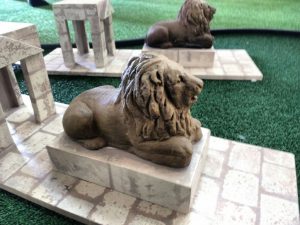 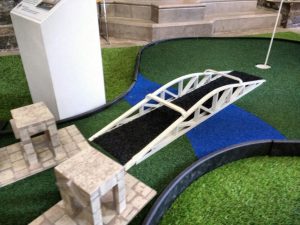 At the next hole is the Menai Bridge. It is a suspension bridge so cables hold up the deck, and so it doesn’t need piers in between. (5/10) 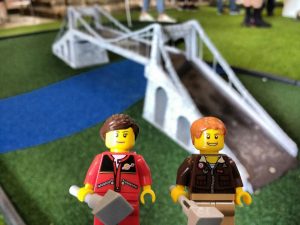 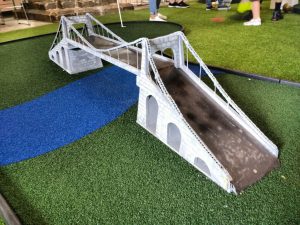 Alice & Tim recognise this bridge, it is the QEII bridge at Dartford. They’ve been under it on a boat. It is a cable stayed bridge. The weight on the cables on one side of the pylon balance out the weight on the other side. (6/10) 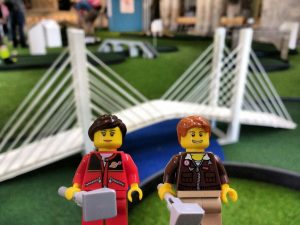 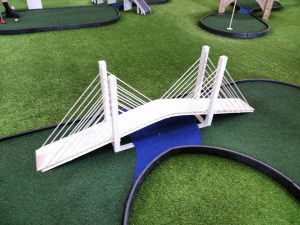 This is the Medway Viaduct, Alice & Tim have walked over here! It is a cantilever bridge. The weight is supported by large abutments on the banks. (7/10) 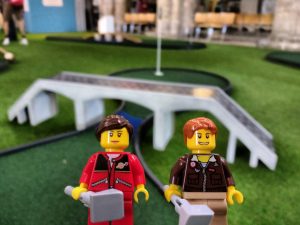 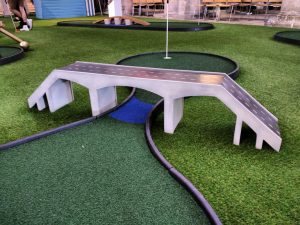 Here is a Leonardo da Vinci bridge. It supports itself, and could be quickly put up to help soldiers cross rivers. (8/10) 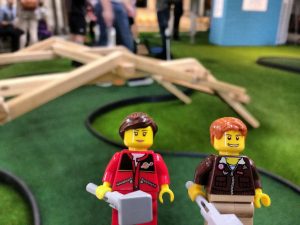 The last bridge is a Bailey Bridge. Alice & Tim saw these at the Royal Engineers Museum. They come in sections that can be easily assembled and pushed across a gap. (9/10) 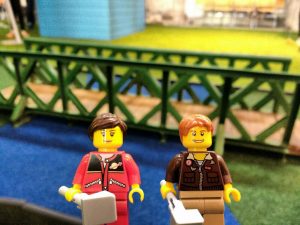 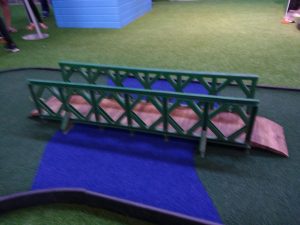 After all that golfing, it must be time for biscuits! Good job there is a cafe in the crypt (10/10) 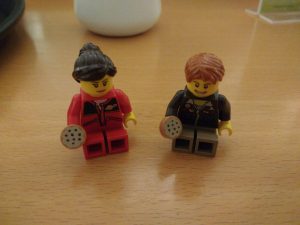 Thank you very much to the Mini Adventurers for choosing to visit the Bridges Adventure Golf. Follow their travels on Twitter @miniadvent.