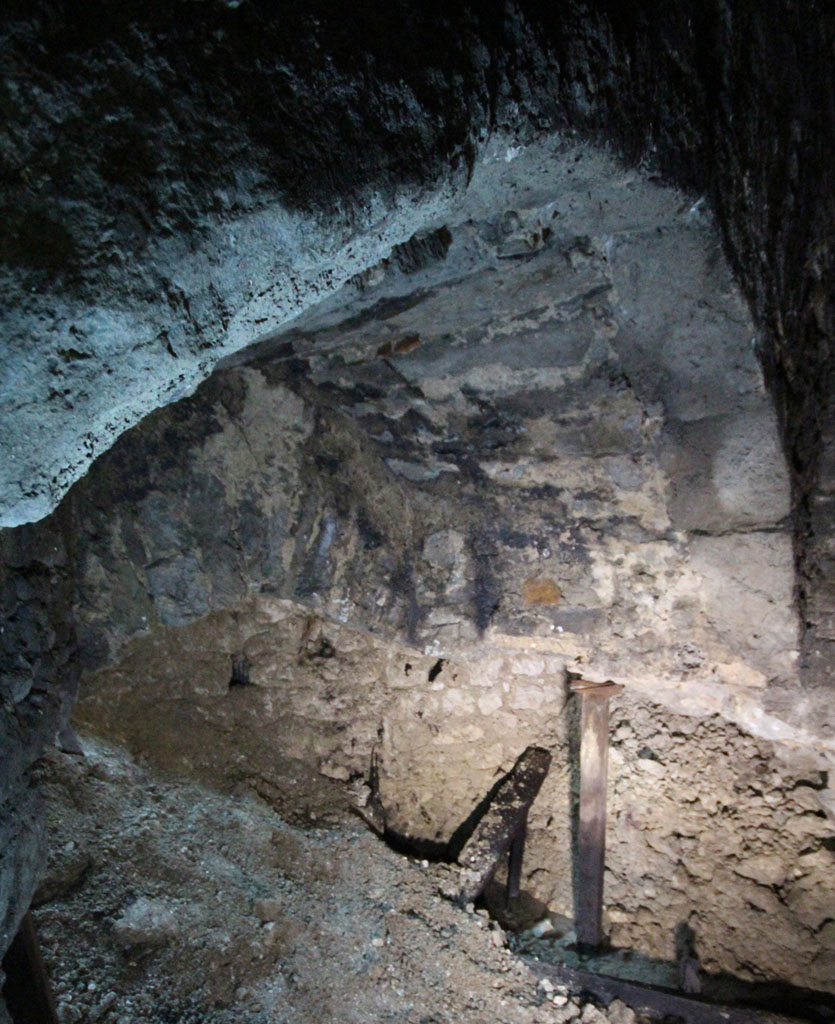 Esplanade investigations – what was found

Thank you for your patience while we carried out investigations on the Esplanade. As you will have noticed, the hoarding has now been partially taken down. This is because the physical investigations are complete and work to rebuild the footway is almost finished. The area will soon be reopened to the public.

As previously mentioned, this took a long time because of the various historical finds at the site. These each needed to be treated with care while we worked with other agencies to investigate them and decide upon an appropriate course of action. Now the area has been reinstated, we are able to tell you more about the most significant of those finds and some of the processes used to investigate the area.

In brief, we found an archway leading to a small chamber, with a large shaft above. The chamber is not large, and can best be compared to standing in an enormous fireplace, although that’s not what this was.

We knew there had historically been a castle water gate as its existence was recorded on an old engraving, however this was the only image we had. In the 1850s the Victorians had raised the level of the Esplanade and no mention of the opening occurs in their plans or reports. A 1950s drawing does record a shaft, but as this was only two-dimensional it did not fully illustrate the shaft in its position within the castle walls. As far as we were concerned this had been filled in years ago.

That assumption changed when we began our ground surveys of the Esplanade and stumbled across the masonry for the top of an arch within the wall of Rochester Castle.

As we widened our excavation we discovered more of this arch and a short flight of steps. We’ll deal with this part of the find first.

Analysis shows us the steps, which are slightly in front of the opening, are Victorian. Although no record of them was made at the time, this gives us reason to believe they were installed while work to build Sir William Cubitt’s bridge was being carried out, which coincided with the creation of the Esplanade.

The Esplanade was originally constructed using rubble from the medieval bridge, and was lower than it is today, so we believe the Victorians built the steps and a small retaining wall to allow people to safely walk down to explore the water gate. It had previously been accessible from the natural river bank. The Victorians loved a mystery and this unusual feature must surely have been something they enjoyed viewing.

By 1914, when the Victorian crossing was reconstructed to become what is today known as the Old Bridge, we believe the novelty of the water gate had worn off. The height of the Esplanade was raised and the site closed up.

There are no records of this, so it’s all guesswork based on the clues uncovered, but our present-day investigations are continuing to reveal answers, even now the area has been closed.

While access was available, general studies of the site were carried out, including detailed recording in the form of photography and 3D scanning. This took time but means we can now continue to learn about the structure without further inconveniencing the public.

Peter Kendall, Principal Inspector of Ancient Monuments for Kent at Historic England, explains it best: “Laser scanning and data processing can be a great help in understanding the past, especially in such inaccessible places as this, where the water gate is buried underground. It means we are still able to study the structure even though access to it has now been sealed.”

Find out more about the castle water gate in our next Bridge Engineer’s Blog.