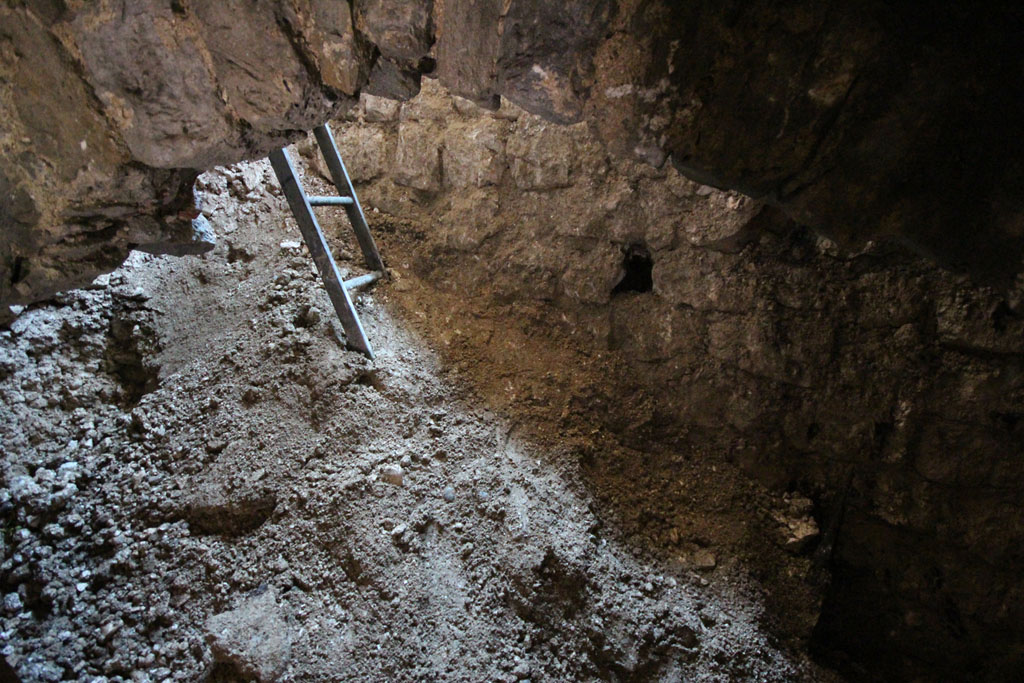 We’ve already given you the background to the castle water gate, but what exactly have we found and how long has it been there?

Investigations are ongoing, but we believe it dates from the mid to late 14th century – a period that also saw the collapse of the Roman crossing, the completion of the medieval bridge in 1391 and the foundation of the Trust a few years later.

Although it is generally accepted to be a water gate, there are intriguing aspects about the structure, among them the presence of a vertical shaft. 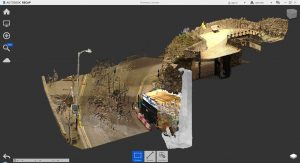 Archaeologist Graham Keevill of Keevill Heritage Ltd says: “The shaft is an unusual feature but clearly provides a reasonably secure means of direct access from the river to the castle’s interior, and vice versa. It could have been a potential weak point under attack or siege, but that would have been less of a perceived issue in the 14th century.

“One proposal is that the water gate was for goods access. This seems persuasive but there are a number of elements which seem a little odd in this context. The long, narrow shape of the shaft is one, along with its tapering sides. This would make handling goods difficult, but is not a crucial argument. It’s something we need to study more carefully, making use of the scans that have been made.

“The purpose of the sockets in the side walls of the shaft needs further thought. They could perhaps have been for stand-alone features such as access ladders or guide rails for hauling goods up and down but I think it more likely they were used for scaffolding during construction.”

The materials used to construct the entrance arch are also of interest. Kentish ragstone is there, but so is tufa. Tufa had not been available as a freshly quarried material since 1150, and so this appears to have been re-used from other buildings, possibly Norman castles that had been demolished in the mid to late 14th century. There is also peg-tile, which was used in Rochester around 1200, and a yellow brick from circa 1375 – which helps us to reach the conclusion of a late 14th century date for the site. This is backed-up by the mortar that has been found – the presence of a lot of more or less whole oyster shells is consistent with that period.

Roy Porter, Senior Properties Curator at English Heritage – the charity with overall responsibility for the care and conservation of Rochester Castle – said: “This work has offered an exciting opportunity to reveal a long-hidden part of the castle. It has given us the chance to explore the significance of the Water Gate and, along with colleagues from Historic England, to make a record of the details to help further our understanding of the castle’s rich history.

“It’s a wonderful reminder of quite how many layers of history our castles and historic buildings contain, and for the people of Rochester, going about their daily life, I’d say pause for a moment and wonder, just what might be beneath your feet.”

The hole in front of the water gate has now been closed, and the footway rebuilt, but the information gathered during the period of investigation and the scans that were carried out mean it will continue to be studied for some time to come.