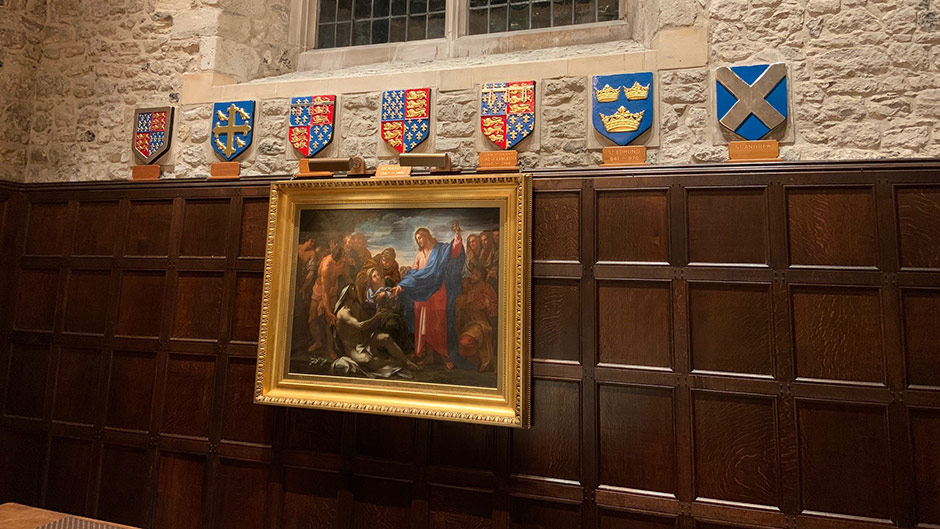 Seven shields in the Bridge Chapel

One of the many striking features within the Bridge Chapel is a row of seven shields, mounted on the east wall of the building between the altar and the stained East Window.

Created in 1735 and originally mounted on the external wall of the (now removed) porch in front of the Chapel, this set of plaques replaced the medieval shields that had deteriorated to a very bad state by 1700s.

Housed indoors since the 1937 refurbishment, the shields often catch people’s eye, prompting questions about what they represent, so here is your answer.

The middle shield is the easiest to explain, because Richard II was King of England at the time of the formation of the Trust. It is also his face that can be seen carved in stone to the right of the front door to the Bridge Chamber. 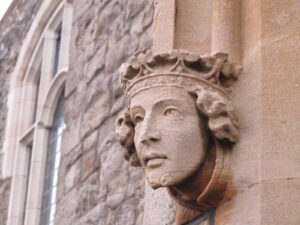 He is then accompanied by three of his uncles in positions one, three and five: respectively Thomas of Woodstock, the 1st Duke of Gloucester; Edward of Langley, the 1st Duke of York; and John of Gaunt. Alongside the king, these represent the ‘temporal power’ of the 1390s – so the shields are saying these are the most powerful and important men in the realm at the time of the Chapel’s foundation.

In the second space we have Edward the Confessor. The first and only king of England to be canonised, at the time he was considered to be the Patron Saint of England, and was venerated by Richard II.

Finally, the sixth shield belongs to England’s other Patron Saint of the time, St Edmund, with the seventh representing St Andrew, the Patron Saint of Rochester Cathedral.