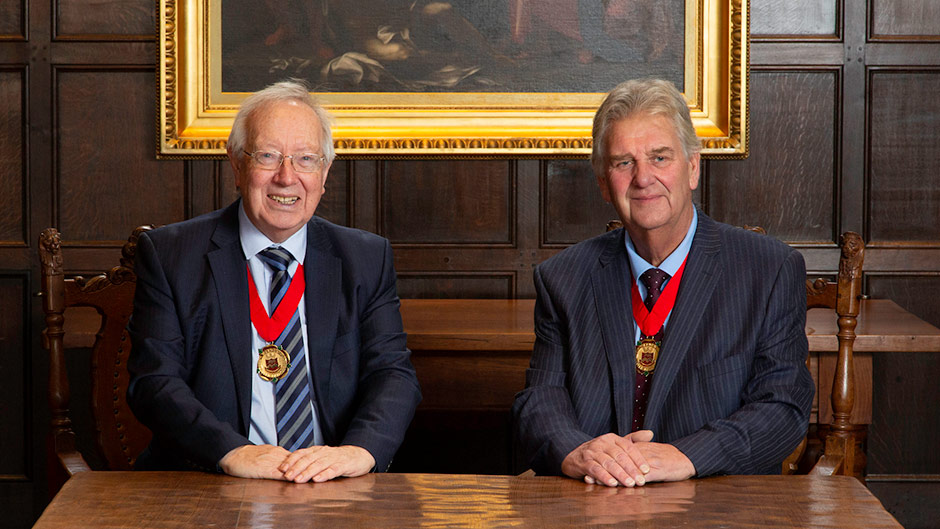 The next link in a continuous chain of Bridge Wardens has been forged, as two new appointments have been made in a tradition stretching back to 1383.

Phil Filmer has stepped up to become Senior Warden, while Derek Butler has become the new Junior Warden at the Rochester Bridge Trust.

An Associate Member of the Institution of British Engineers, Phil Filmer was nominated to the Trust by Medway Council in 2011, and was elected Junior Warden in 2017.

He said: “Having joined the Trust ten years ago, it is an honour to be elected to serve as Senior Warden.

“The recent refurbishment means the bridges are in the best possible condition for the future, but the work doesn’t stop. We have a commitment to maintain the high standards achieved and to continue the many other activities of the Trust – including its commitment to achieving full carbon neutrality.”

A former councillor, Derek Butler was nominated to the Trust by Maidstone Borough Council in 2015. His experience includes work at the National Coal Board and the Court Service.

Having been officially elected in May, the pair were officially sworn into their roles in November, at the first in-person meeting of the full Court of Wardens and Assistants (the Trustees) since before the pandemic.

Other changes to the Court included the retirement of Peter Homewood after 10 years’ service, and the swearing in of Matthew Balfour as a new Assistant. After six years as Senior or Junior Warden, Russell Cooper has stepped back into the role of Assistant.

The Rochester Bridge Trust was established in the 14th century, to take on the responsibility for the maintenance and provision of crossings of the River Medway at Rochester. It is governed by the Court of Wardens and Assistants, which comprises 12 unpaid charity trustees. Of these, six are nominated members, with three by Medway Council, two by Kent County Council and one by Maidstone Borough Council.

A further six are appointed from the community, based on their experience in engineering, estate management, finance or other areas useful for the business of the Trust. The two Wardens are elected by the members of the Court.