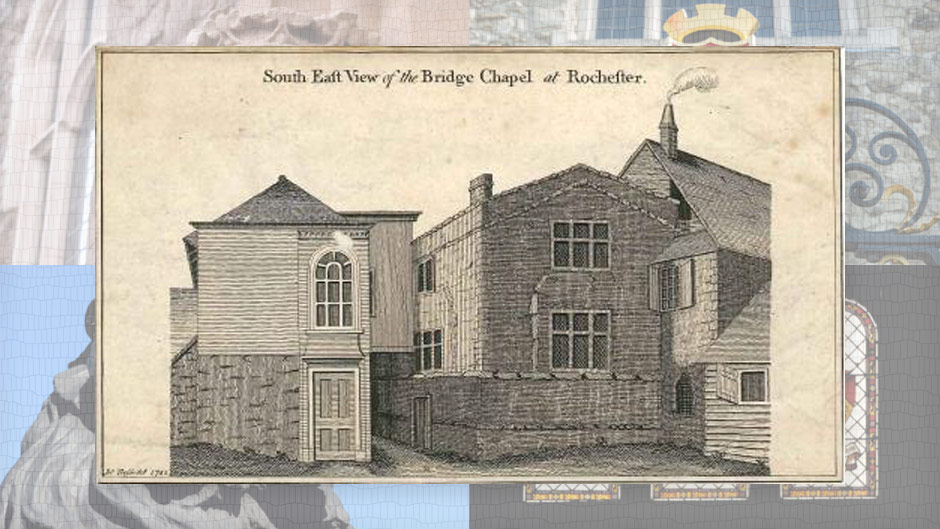 Bridge Chapel discovery is a doorway to the past

Anyone with any experience in heritage and conservation will tell you that one of the most exciting things about doing work in an historic building is uncovering the past. We certainly did this during the the recent bridge refurbishment and we’ve looked forward to it for the works inside our medieval Chapel and Victorian Chamber. So far we haven’t been disappointed.

When the Bridge Chamber’s kitchen was removed as part of our internal refurbishment works we discovered this area of wall behind the modern lining, underneath what appears to be washable white paint. At first glance the wall doesn’t give much away: 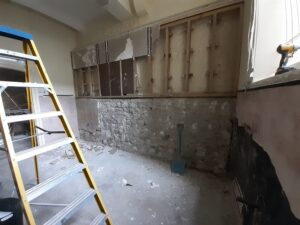 Look closely and you can see that the left end of the stone wall appears to be plastered over, and next to that you can just make out the stone surround to what may have been an opening or recess.

This wall actually belongs to the Bridge Chapel, and we believe the surround to be the remains of a blocked up priests door, which is identified in a 1912 report into the condition of the then derelict building, written by Harold Breakspear. Here’s an extract: 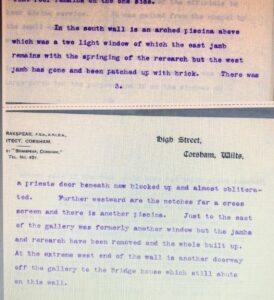 As the report says, the door is almost obliterated, so there’s not much we can do to appreciate it in modern times, however we do have this drawing from the 1700s. 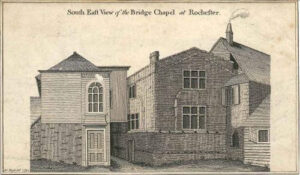 It’s hard to put in context today, so we’ll talk you through the image. To the left we have a previous incarnation of the Bridge Chamber. In the middle is the Bridge Chapel, then to the right are various miscellaneous, long-gone buildings (the area has changed a lot over the centuries).

In the illustration you can see an alleyway running under the Chamber, down the side of the Chapel, with a small door. This is what we believe to be the only visual record of the priests door we have now found.

As an additional detail, the wall facing out of the illustration above, with two windows, shows the back wall of the Chapel, which today houses the decorative East Window. And the line of masonry to the rear and side of the Chapel can still be seen inside the Chamber, on what is now an internal wall. 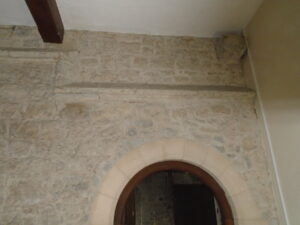