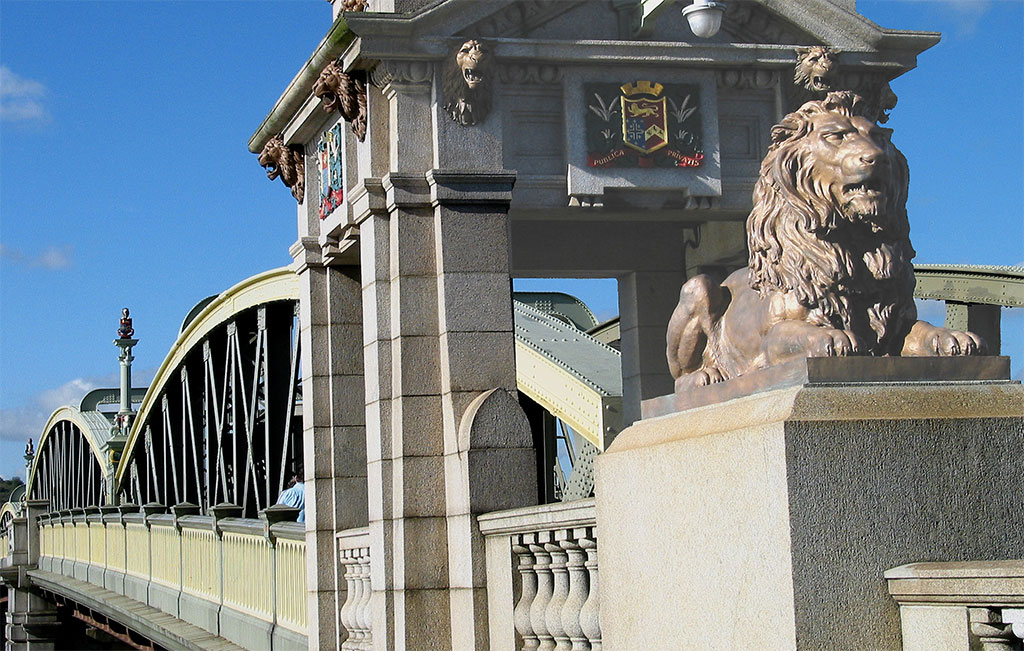 We’ve previously mentioned that the Old Bridge is a ‘listed building’ but what does this actually mean?

In simple terms a listed building is a building or structure that has historical significance. This is often because it displays a particularly good or rare example of architectural style, but it could be for other reasons, such as industrial heritage.

The Old Bridge gained its status as a listed building in 1991 (even though it’s a bridge structure, the term still refers to buildings). An interesting point about listing is that the ‘building’ is listed in its current state. This might be different to its original construction if it was modified since, therefore its existing construction complete with any modifications is what is to be conserved.

A few items specifically mentioned in the Old Bridge list entry are given below – sometimes using specialist architectural terms.

• “lions couchant” – couchant means lying with the body resting on the legs and the head raised.

• “cast-iron railings to footway” – this refers to the parapets.

• “rusticated piers and cutwaters of granite” – rusticated refers to the rougher-finished masonry blocks on the upstream side of the piers. The cutwaters are the pointy parts of the piers that help channel the river past the bridge.

• “tall fluted columns on granite plinths supporting heraldic devices” – these are the porticos. The heraldic devices are the bronze lion heads, wreaths, crown and the Trust’s crest.

Once the listed building consent application is submitted, the local planning authority – in this case Medway Council – consults various bodies and the public is able to have a say on the proposals.