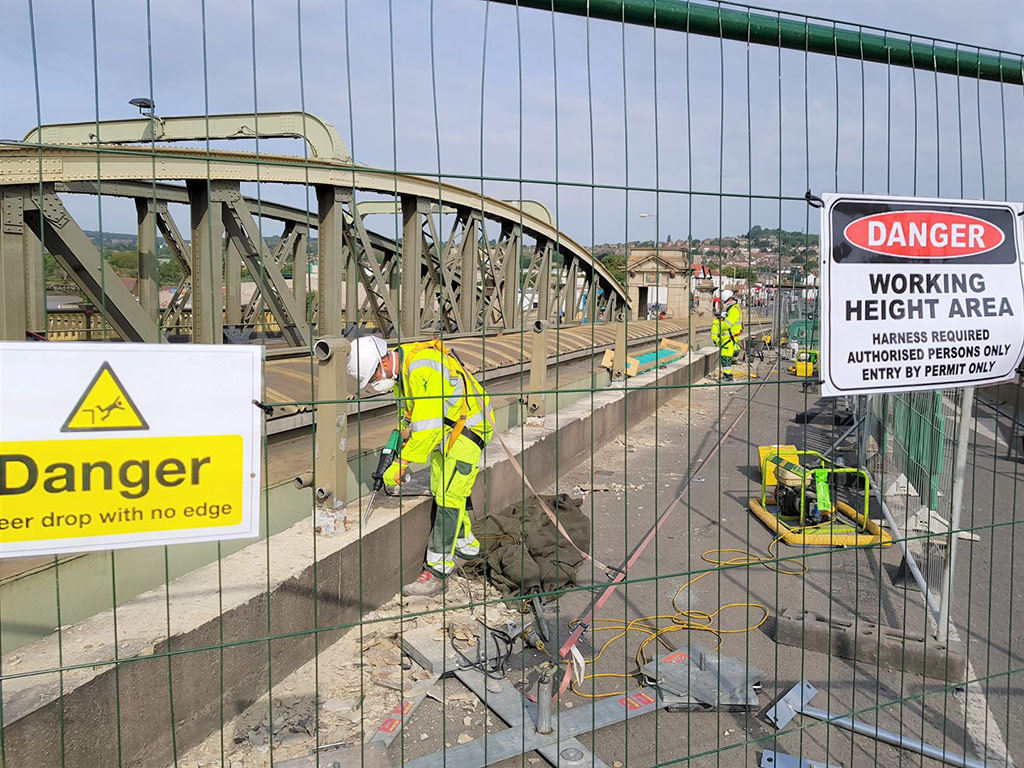 Keeping a lid on noise

Everyone involved in the Rochester Bridge Refurbishment Project is committed to showing consideration to the community, and one of the ways we are doing this is by taking measures to minimise noise disturbance.

As many people know, the intensity of sound is measured in decibels (dB), but many of us have little idea of the decibel scale, making it hard for us to interpret the numbers involved. This table shows a selection of sounds and their typical decibel level:

It’s quite surprising to see the range of sounds and their decibel levels.

When it comes to the refurbishment works, the noise levels monitored aren’t the levels for one individual item, but measure ambient noise at a given time. This is to ensure the combination of equipment working together is not antisocial.

For instance, think about being in your own home when the washing machine’s on, the television’s on and someone’s talking. In order to be heard above one of those electrical items the person would have to speak up a little, with both making a noise the person would probably have to shout.

The combination of sounds is louder than their individual decibel levels, which is why the combination has to be measured as a whole for the refurbishment – including sounds that may be outside the team’s control, such as car engines and horns.

The Control of Pollution Act 1974 requires ambient noise level to not exceed 75dB for more than an hour between the hours of 8am and 6pm when measured one meter away from the façade of noise-sensitive premises, with the levels reducing the further away the noise is created.

Looking at the table above, the angle grinder is 80dB, so immediately exceeds the required noise level (remember all workers are wearing full PPE, including ear defenders where necessary). The noise dissipates the further away you travel, so if the angle grinder is used on the bridges the decibel level to reach a building 50m away will have dropped to just above 64dB, which is closer to a conversation but still needs to be addressed when considered alongside all the other noises in the area.

FM Conway therefore carries out a range of measures to assess and contain the noise. These include the use of acoustic blankets and barriers around noisier work and where possible deliberately selecting quieter tools to aim for lower levels (just like you’d look at the decibel listing on a freezer or other white goods for the home).