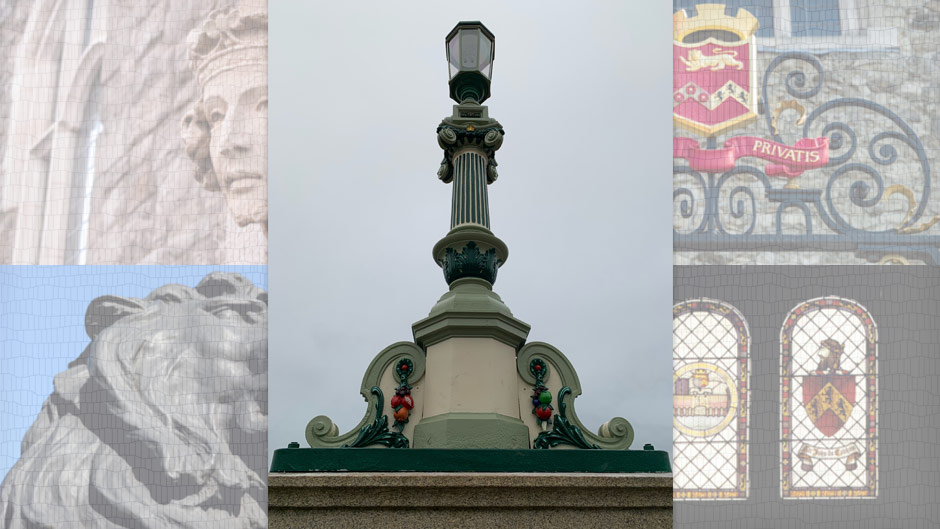 Since before the start of any visible work towards the Rochester Bridge Refurbishment Project we’ve been telling you about our plans to upgrade the ornate lighting on the Old Bridge. Now we near the end of the project, those plans are becoming a reality.

For example, bridge users may have already spotted a change where we have replaced 1970s fixtures with sympathetic replicas of surviving original ornate items. The new lights are more in keeping with the Grade II-listed Old Bridge, they are also more environmentally friendly and can be managed remotely – improving safety for bridge users.

The items being installed now are a mixture of refurbished and replica items that were carefully planned to match the original designs of the bridge while also achieving modern standards of lighting.

The originals have been refurbished, with any missing pieces replaced. These replacement items were made of cast iron, using moulds taken from the originals. Each piece will be reinstated on the area of bridge it came from.

When it came to creating new replicas, these were also made of cast iron. Again, moulds were taken from existing items where available, although the tall lamp columns are entirely new. These were designed to complement the original lighting.

This process began some time before the official start of the refurbishment project because we knew it would be a lengthy job and did not want to run the risk of holding up the project if any part of the lighting work became delayed.

The prototypes for the lighting were manufactured by Metcraft and the Hargreaves Foundry. The manufactured elements, which were provided covered in protective red oxide primer, were then delivered to FM Conway’s Dartford depot. The next step was carried out by Taziker, who prepared and painted all the elements ahead of their installation on the bridge.