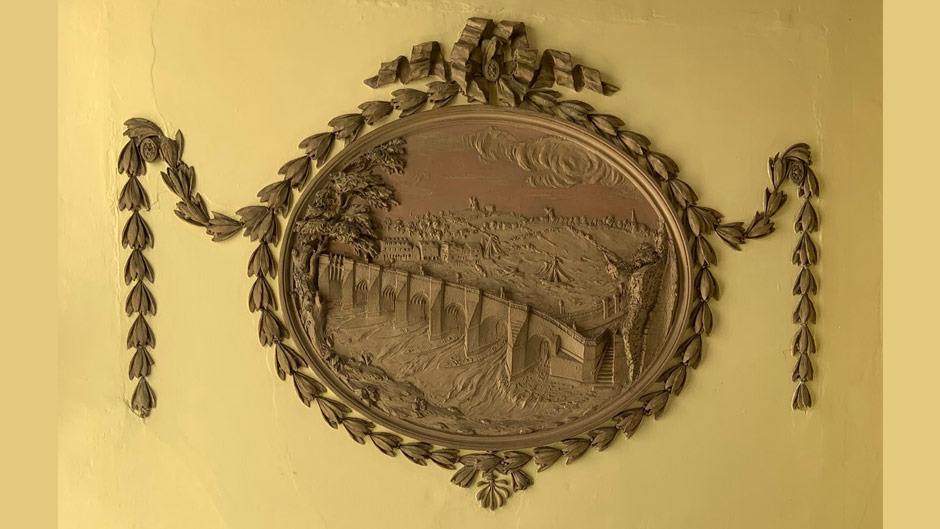 The Victorian Bridge Chamber, with its striking frontage and beautiful internal features, is a Grade II-listed building in the heart of historic Rochester.

It’s the traditional administrative heart of the Rochester Bridge Trust and the home to more than 600 years of archives, as well as a collection of historic furniture, paintings, and other items of interest. While the archives and historic collection can be packed up and moved off-site for storage during the refurbishment, the structure of the building – which itself is a work of art – cannot be moved.

Instead we are doing everything we can to protect the in-situ heritage while we bring the historic building up to modern day standards.

At a basic level, this includes boxing up the wooden banister of the large staircase that dominates the entrance hall. We’ve also covered over a number of other items to keep them safe from dust, debris or accidental knocks during the works.

But not everything can be boxed up. A striking piece of decorative plaster, known as pargetting, is part of the wall at the top of the staircase.

Depicting the medieval bridge as it was originally constructed, this plaster was installed in a previous incarnation of the Bridge Chamber and dates from the 18th century.

The works to the building require new services to be run between the ground and first floor and this was the only suitable location within this area of the building to construct a wall behind which the new pipes and cables could run. Rather than hide the pargetting behind the new wall, where it would no longer be seen, we decided to remove the plaster panel and the wall to which it is attached, to enable the new wall to be built, with the decoration replaced on this. At the same time it provided an ideal opportunity for the artwork itself to undergo restoration.

First, the plaster was covered over with boarding and protected with a plastic film. Then expanding foam was injected between the film and the board, to ensure there were no gaps and the plaster could not break. 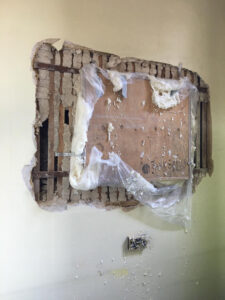 Then – leaving space around it – the wall was cut away and completely taken out, so that the plaster could be safely taken away for its own refurbishment. 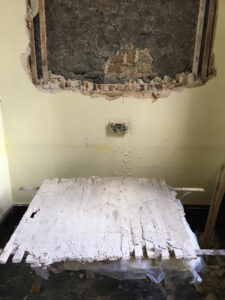 The artwork is now in the hands of Gaches Traditional Plastering, where it will be cleaned up and repaired if necessary.

At the end of the building’s refurbishment, the plaster will be reinstated for visitors to enjoy.

Archives of all shapes and sizes were packaged up for removal, while other items such as this grandfather were dismantled and wrapped up in pieces for safe removal and storage.

UPDATE: October 2021: The refurbished pargetting has now been reinstated in the hallway of the Bridge Chamber. 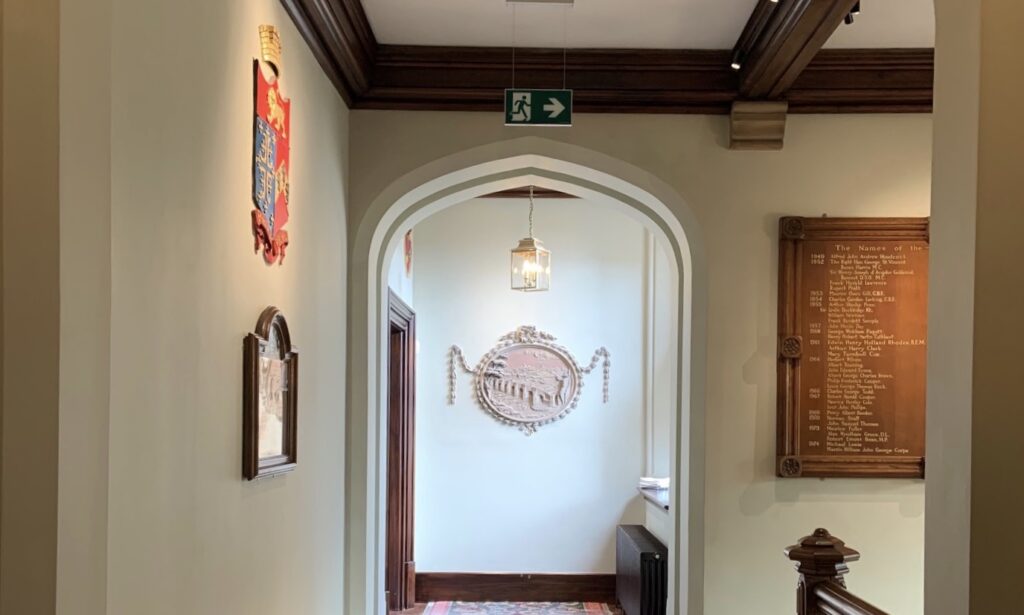