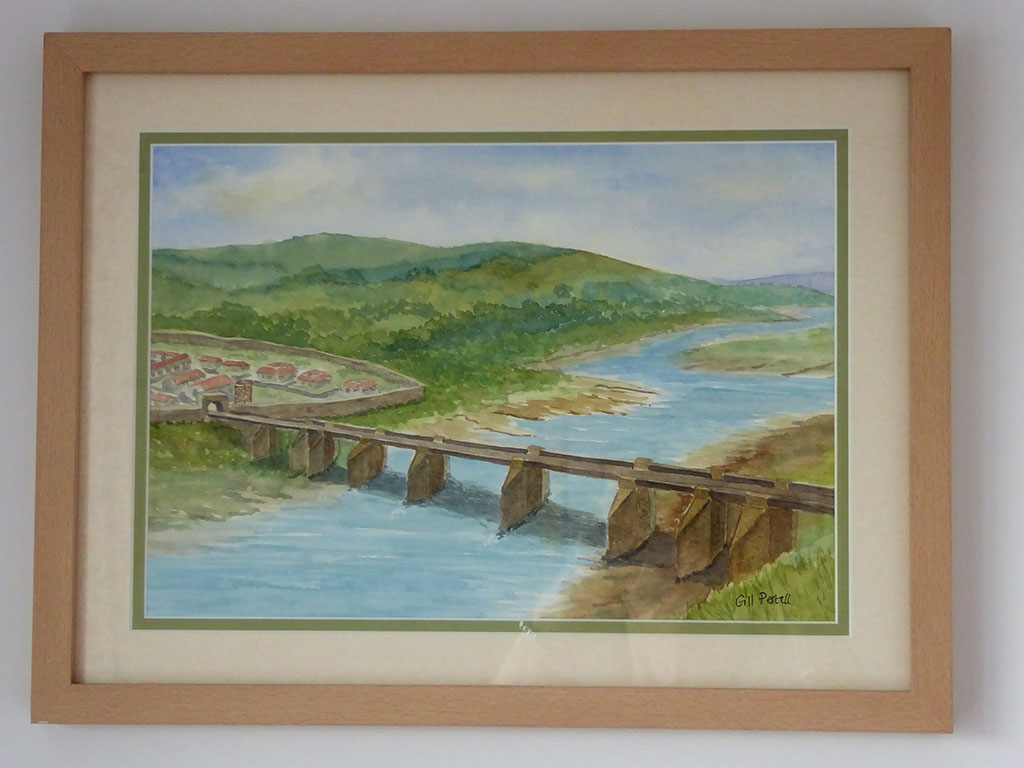 Interpretations of the Roman Bridge at Rochester

A painting showing how the bridge at Rochester might have looked in Roman times has won an inaugural art contest.

The artwork formed part of Rochester and West Kent Art Society’s Winter Exhibition, which brings together the entries for two competitions. 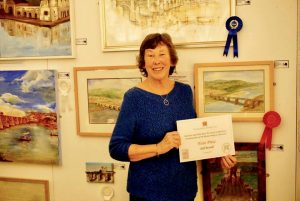 Senior Warden to the Rochester Bridge Trust, Russell Cooper, announced the winners of the Impressions of the Roman Rochester Bridge art competition. He said: “It was an honour to present this award and meet the artists who reimagined Britain’s first major river crossing as built by the Romans.”

Based on historical knowledge, members of the art society created their own visions of how Rochester’s first bridge may have looked.

The prize was judged by Bridge Clerk Sue Threader and Archives and Records Manager Alison Cable, who were looking for historical accuracy, and images that reflected closely on what is already known about the Roman bridge. 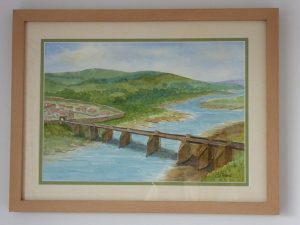 The winning artwork, Bridge Impression 2, was created by Gill Pestell.

Romancing the Romans by Michael Walsh came second, and third place was awarded to Trish Fairchild for her piece Roman Gold. 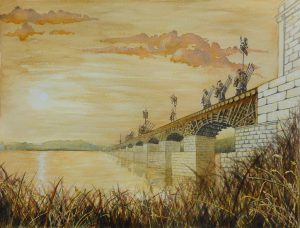 Sue Threader, Bridge Clerk, said: “We congratulate all of the artists on their work to visualise how the Roman bridge would have looked. The Rochester Bridge Trust has been delighted to sponsor this competition and is enormously grateful to all the members of the society who took the time to enter.

“We will use the winning picture in future presentations to illustrate how the bridge was built and may have looked, and to highlight the contribution of Roman engineers to the city.”

The Winter Exhibition includes entries for The Ron Wiseman Marine Prize, which was won by Peter Guest. Ron was a highly valued and active long-term member of the local Art Society, renowned for his paintings of Thames sailing barges. This prize was awarded in his memory.

The free exhibition will be in the Crypt of Rochester Cathedral until Monday, 4th February – it is open daily from 10am until 4pm.

Facebook
Twitter
Email
Print
PrevPreviousLooking to the past, planning for the future
NextGeotechnical investigations to inform Esplanade plansNext