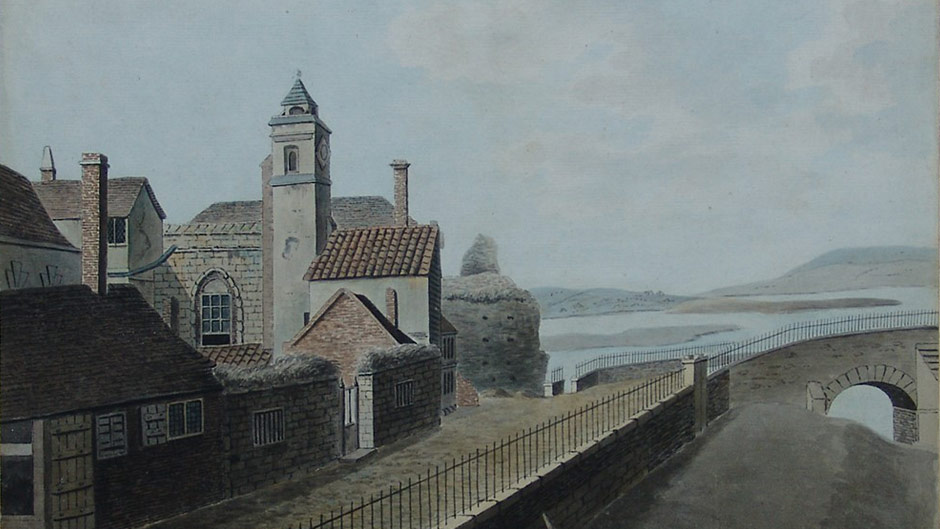 As everyone knows, electricity wasn’t a thing that was wired into buildings in medieval times. This means it’s a relatively new addition to our Bridge Chapel.

During the internal refurbishment works we are carrying out lots of behind the scenes activities, and one of them requires us to install an electrical distribution board inside the chapel.

Most modern upgrades (ie lighting, heating and power sockets) are welcome additions to the building, improving the visitor experience. This is less easy to do with an electrical distribution box. Instead, we are hiding it.

Overlooking the main room of the Bridge Chapel is the Minstrels’ Gallery. The gallery is currently accessed via a door from the Court Room of the Bridge Chamber, but that was only constructed in Victorian times – historically this area was reached from the other side of the Chapel.

Anyone who’s walked along Rochester Esplanade will know, there is no first floor doorway on the side wall of the chapel, but step back in time and there was once a narrow tower known as a vice. This housed a spiral staircase that led from the ground floor to the Minstrels’ Gallery and the clock tower above.

This image shows the tower. It can be hard to relate the buildings to the Esplanade of today, but the stone building with the window (now sealed) is the Bridge Chapel, with the vice the tower to the right. This picture depicts the area as it was some time in the late 18th century, when the medieval bridge crossed the river directly opposite the Chapel. 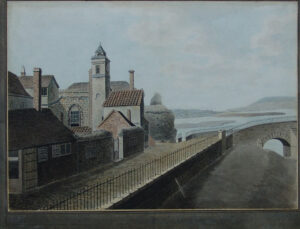 We don’t have an exact date for when the tower was taken down, but it was likely to have been in the early 19th century.

This left a door – now sealed – high up the outside wall of the Chapel, and the memory of a door inside. 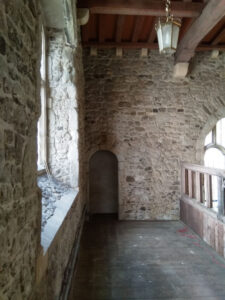 That disused opening is the perfect place to hide a modern electrical distribution board.

The modern fitting is being installed inside the gap, and to ensure it is appropriately hidden a replica door is being created to conceal the opening. This has been designed to match the solid oak panelled door that’s already in place, meaning both sides of the gallery will look the same.

The new door is still under construction at Medway Joinery, so here’s the one it’s due to match: 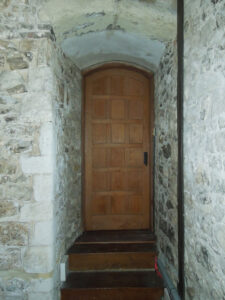