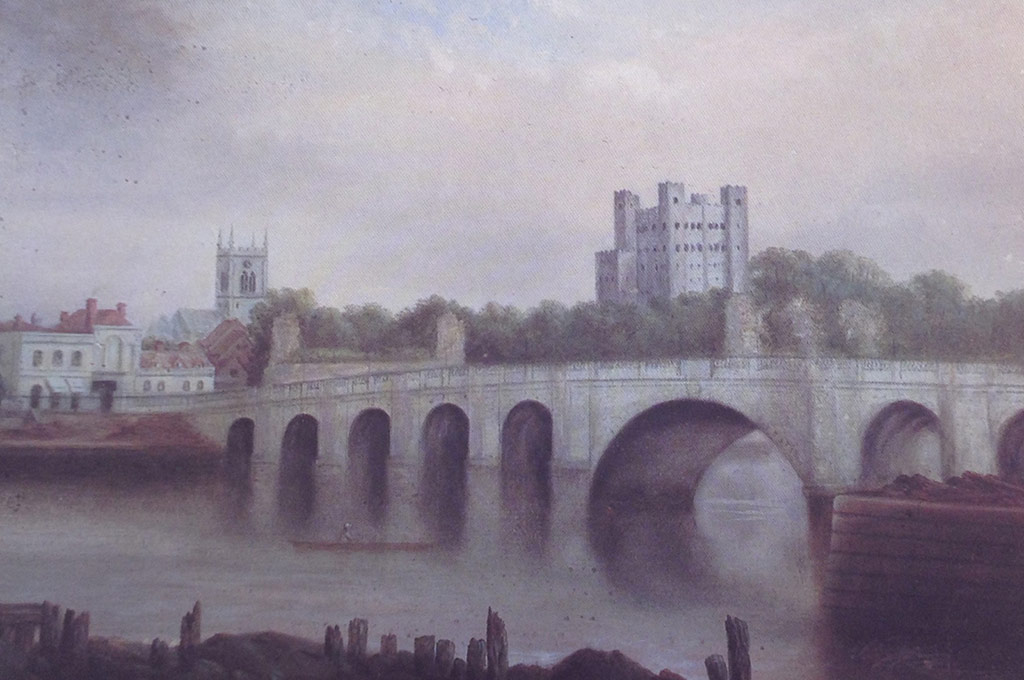 Do you know what’s missing from most of the historic paintings of Rochester Bridge? Well, not missing as such, more that it’s a thing we take for granted, but that has actually only been a provided for a very small percentage of the crossing’s history.

A bridge has stood at Rochester since around 43AD, but it isn’t until 1788 that the archives make mention of lighting, until which time it would have been the responsibility of the individual travellers to light their own way however they could.

According to the Trust’s archives, the first contract for lamps was signed on 29th August, 1788, when it was agreed that the Wardens would pay 23 shillings per lamp on the medieval bridge. However there was no infrastructure to light these up at the flip of a switch, they were individual oil lamps and the lamp lighter would forfeit one half penny per hour for any lamp that was not kept burning. The lamp lighter was also expected to supply enough cotton wick and spermaceti or viscous oil to keep those lamps burning from sunset to sunrise.

It wasn’t all night work though, there was lots of time off: the lamps were only lit from 1st September until 14th May, with the exception of three nights before the full moon, on the night of the full moon and two nights after it – it being deemed light enough to travel across the bridge during these times.

Finally, more than 30 years later, in 1824 plans were drawn up for something slightly easier to manage, when on 1st June Thomas Telford reviewed the feasibility of laying gas pipes (to fuel lighting) under the footway of the medieval bridge.

The archives from this time include a slightly earlier request from the inhabitants of Strood, who asked for gas pipes to be carried across the bridge; and a proposal to the Rochester and Chatham Gas Light Company, dated 10th June 1824. Further reports and correspondence continue into 1825, as work was carried out to upgrade the lighting.

Of course, the lighting then changed again in the 1850s, when the medieval bridge was replaced by the Victorian crossing, which is what’s pictured below. 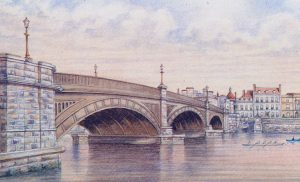