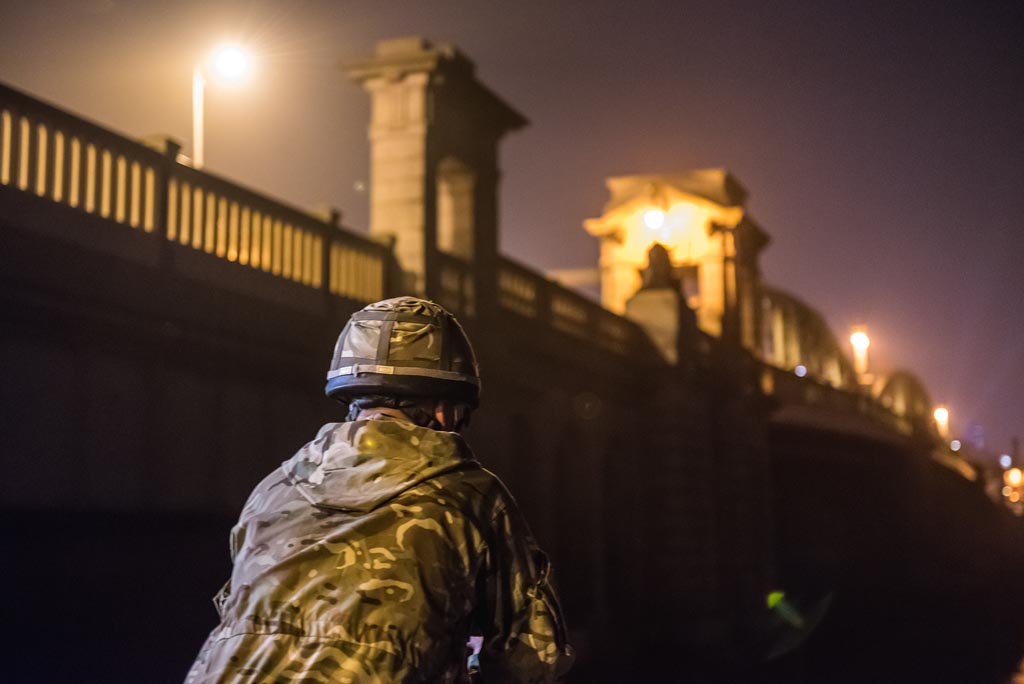 Did you see the soldiers guarding the bridge overnight recently? At one point there was quite a crowd of spectators, several of whom appear to have been a little disappointed to discover the soldiers weren’t there to actually blow up the bridge (we’ll try not to be offended by the number of people who asked that question).

The soldiers – all part of the Royal Engineer Troop Commanders’ Course at the Royal School of Military Engineering – were on site for Exercise Bridge Dem. This was a mock demolition to train and test the troop commanders in the planning and execution of a bridge demolition, using mock equipment to simulate the methods used on operations. 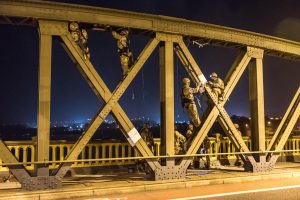 This is routine training that is normally conducted on specialist training areas away from the public view. The exercise on our Old Bridge was the first time in several years that the training was carried out on a working civilian bridge, adding real life complexities that cannot be replicated on a training ground. These complexities included managing public interaction and sharing the space with the Trust’s maintenance contractor, FM Conway, which had staff carrying out routine maintenance – combining the two activities was a way of minimising disruption to the travelling public.

During the exercise, soldiers were deployed to both ends of the pedestrian walkway on the Old Bridge, to re-direct members of the public; a base was established on land; and demolition training was carried out on the bowstring (arch) nearest the Strood end of the bridge. 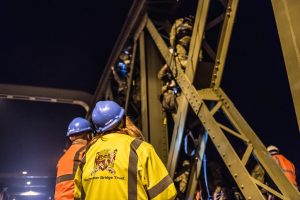 The soldiers placed fake charges at key points in the bridge’s structure to ensure a successful demolition could be achieved in an active setting. This involved the use of demolition ladders and safety harnesses as the troops could be seen climbing up the steel supports of the bridge. Gaffer tape, cable and rope also played their part, but no live ammunition was brought to the site.

Residents will be pleased to know the training exercise was a success and the bridge remains standing.

Some years ago, the Royal Engineers had previously carried out a similar training exercise on the bridge. The relationship with the Trust goes back much further though, as the Sappers really have blown up a bridge at Rochester – when they volunteered to help with the demolition of the medieval bridge in 1856-7.

See more photographs from the training exercise on Facebook.