By the 1730s, the first and second arches of the medieval bridge at Rochester over the River Medway in Kent were perilously close to collapse. The bridge was owned and maintained by a charity, the Wardens and Assistants of Rochester Bridge (now usually known as the Rochester Bridge Trust), which had been established in 1399. Up until the eighteenth century it had been customary for the Bridge Wardens to call upon the expertise of ‘nearby’ bridge masons or bridge architects in London. But from the mid eighteenth century, a salaried engineer had been retained and advice on the maintenance of Rochester Bridge was also being sought from the best civil engineers of the day.

In 1807, John Rennie had written a report for the Naval Commissioners in which he referred to the silting of the River Medway near Chatham, which he said would eventually impact on the effectiveness of Chatham as a naval station. In 1818, Sir Robert Barlow (citing evidence from Rennie’s 1807 report) declared that the existing medieval bridge at Rochester should be demolished. A new bridge should be constructed in line with Rochester and Strood High Streets, with some suggestion that a new bridge with larger starlings would act as a dam to lessen the effect of the tidal waters.

The Admiralty recommended the building of a new stone bridge with five elliptical arches and the Bridge Wardens’ engineer, Daniel Asher Alexander, drew up the plans.

In March 1819 (as the Admiralty’s consultant engineer) Rennie was asked to comment on Alexander’s plans for the new bridge, giving his own estimates for the cost of a stone bridge and also for a cast iron bridge. In the August of that year, Daniel Alexander and his son were suddenly dismissed by the Wardens, and John Rennie was asked to take over as bridge engineer. It was hoped that Government funding would be obtained to facilitate the building of a new stone bridge. If such external funding was not available then, the bridge would have to be repaired and modernized by creating a large central arch.

In February 1820, the Admiralty referred the matter to a Commons Select Committee to enquire into the Medway Navigation and state of Rochester Bridge. The Committee sat between June and July, considering reports and evidence from 11 witnesses including Rennie. Rennie reported on the shoaling of the river downstream of the present bridge and attributed it not least due to urban development, land drainage, and agriculture. The Committee suggested the award of a public grant of at least £100,000 towards the building of a new bridge and the removal of the old bridge at Rochester, but it would seem that the funding was not forthcoming.

In December 1820, Rennie sent a report to the Bridge Wardens explaining his two designs for a new arch for the existing bridge: one made from stone, the other from cast iron. He set out the case for each material, but suggested that the stone arch would be more appropriate as an alteration to the existing bridge. He drew up his specification for a new middle arch on 18 Dec 1820, to be made with Bramley Fall stone, and the tendering process took place in January 1821.

Alas, Rennie died from kidney and liver disease in October 1821 and was to be replaced as Bridge Engineer by Thomas Telford. Telford was to complete work on modernizing the medieval Rochester Bridge, with its augmentation by a great arch, in 1824. A new bridge would be built in 1856.

Letters to the Wardens from John Rennie in the Trust’s archives (B1/382): 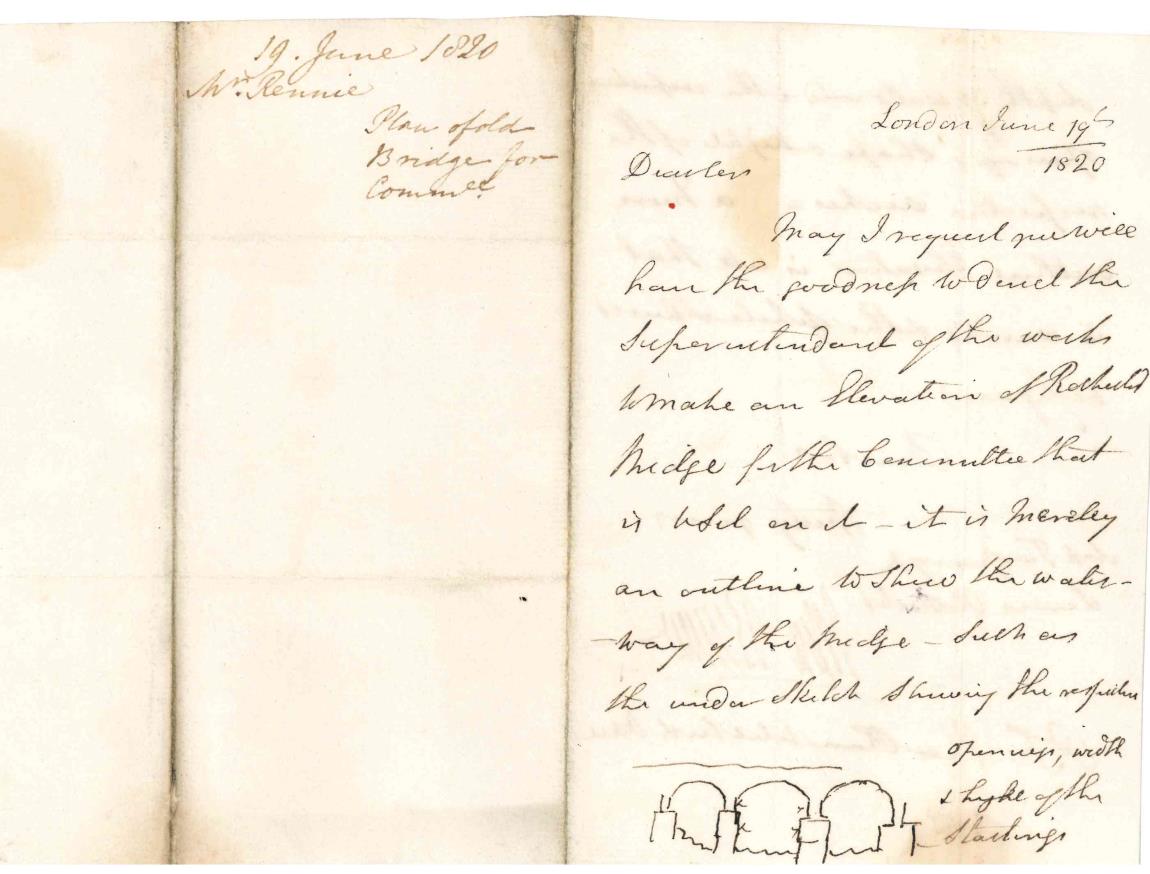 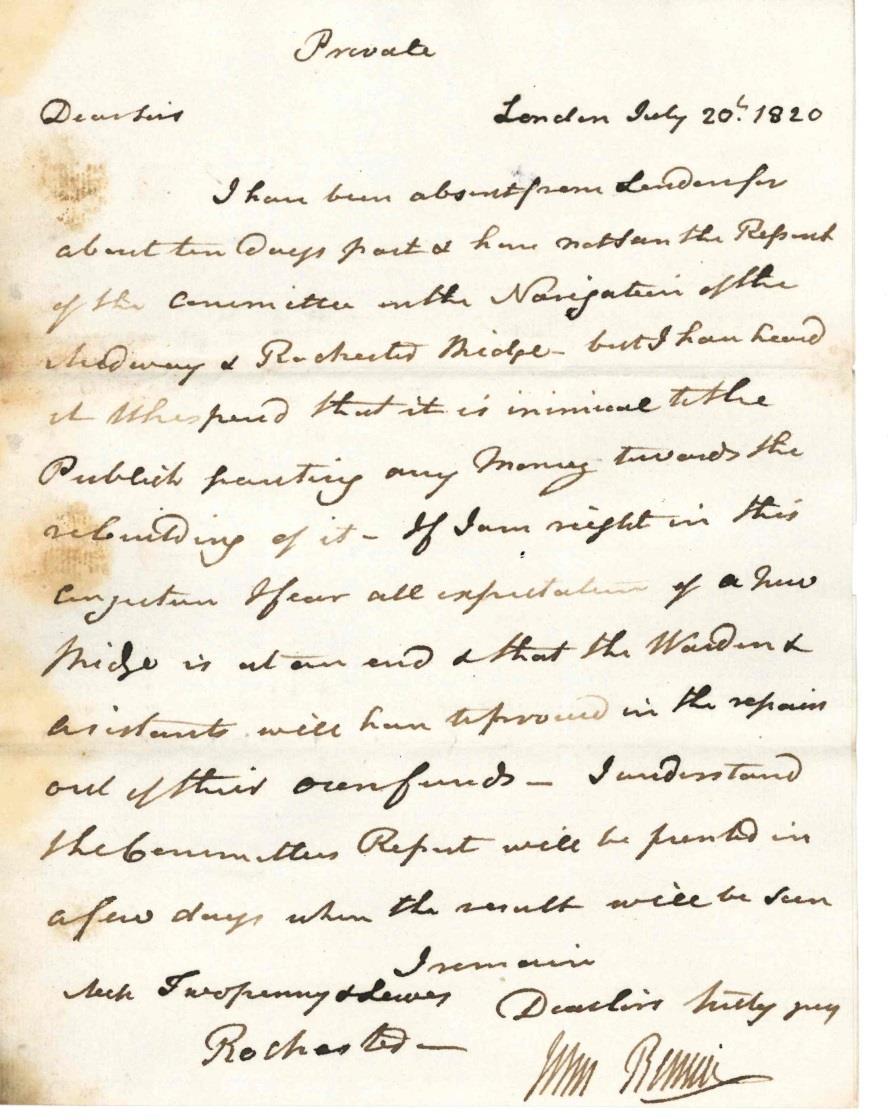