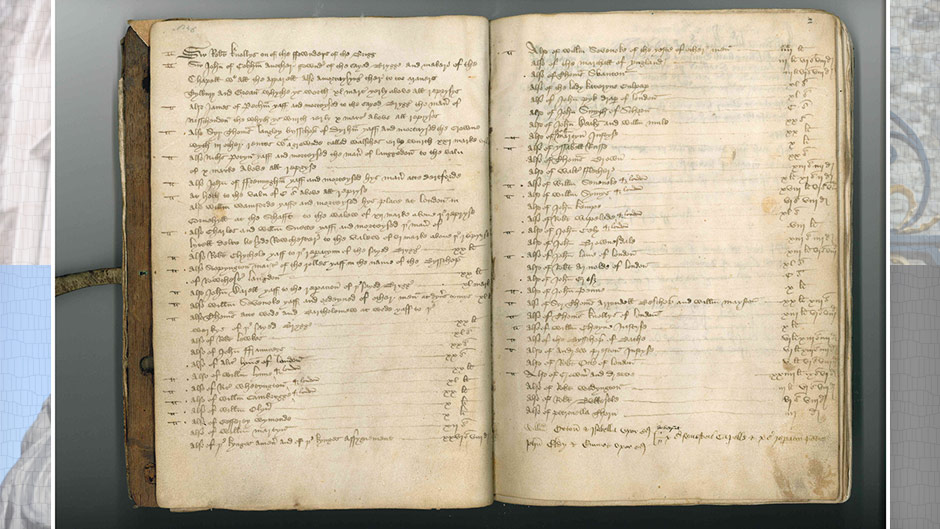 Protecting archives for the future

We have previously touched upon the perils that can threaten historical documents, including fire, flood, theft and unauthorised access. However an archivist’s role also requires them to guard against the slow deterioration of time, in particular the effects of nature and the environment.

This is no easy task for an active, modern archive such as the Trust’s, with documents stretching back more than 600 years. Not least because over time the materials used for official documents have changed.

Centuries ago, most official documents were written on parchment, with paper becoming more widely used – alongside parchment – from around the 16th century onwards.

It would be easy to assume that as times have changed paper has become the only material used to increase the content of archives, however as you will be aware the 20th century has seen a greater diversification of materials. This means archive collections such as ours now include photographic paper, glass slides, tracing paper, coated linen, and computer discs, alongside the historic parchment and paper.

All of these items are affected by their environment in different ways.

For example, extreme fluctuations in temperature or humidity can cause parchment to contract, which can cause the ink to begin to flake from the surface of a document.

Another cause for concern is mold, which will start to grow at humidity levels about 60% of relative humidity, but drop to below 40% and paper will become brittle.

For this reason, archive collections are required to be held in strong rooms built and maintained to comply with British Standard 4971 (2017), which gives guidance for temperature and humidity levels: the aim is for a temperature of 16 degrees centigrade and 55% relative humidity. This is achieved by using air conditioning systems to control the temperature and create an air flow which greatly reduces the risk of mold formation or pest infestation.

Our updated archive strong room gives us the ability to control and monitor environmental conditions. It allows us to provide good air flow around the metal racking, adjust lighting as required, and monitor water, smoke and intruder alarms.

Environmental control extends to the archive viewing room because documents need to be kept reasonably cool even when in use by researchers. In addition, light levels must be kept to a minimum, so the windows have been modified to filter out ultra violet light, which could cause fading and discolouration of documents. 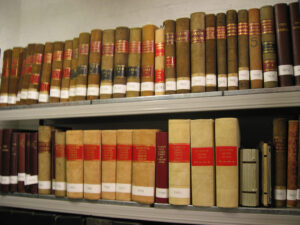