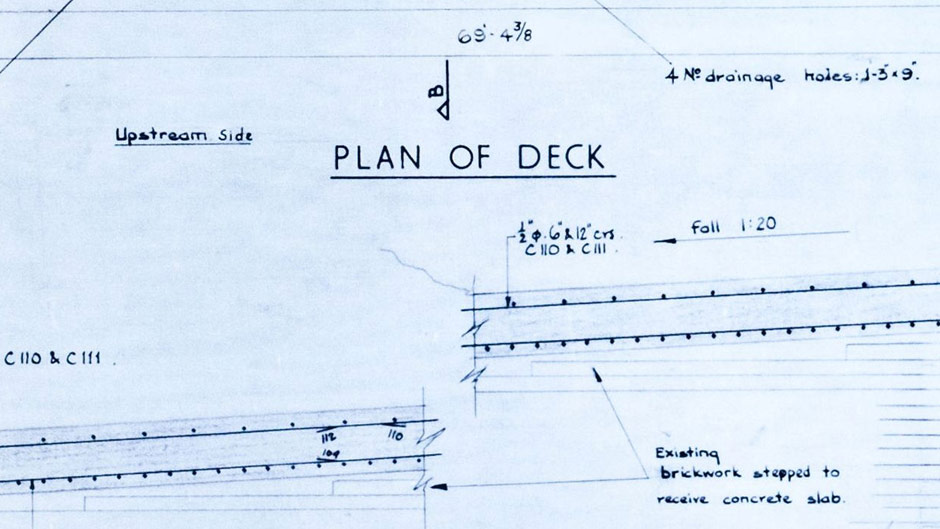 Memories of the construction of the New Bridge

This year has been a busy one for the New Bridge. Fifty years after the completion of its construction, it was given a major refurbishment, bringing it up to modern standards putting it into the best possible condition for the future. It was also meant to be getting some special fun attention, in the form of a big birthday celebration.

The majority of the bridge’s refurbishment work was completed before the pandemic reached our shores, so one out of two is still an achievement, with all the engineers involved feeling pleased with the progress that has been made. But what of the engineers who worked on the bridge fifty years ago? What did they think of the work at the time?

In 1970, John Hakewill was a Drawing Office Junior with J Kenneth Anderson and Associates, Bridge Engineer to the Trust at the time. Fresh out of school, this was 16-year-old John’s first job, and he comments: “This was probably the first site visit of my career, when I was 16/17, and I remember being in awe of the structure up close by the abutments – it’s something that sticks with you – I think this is in part why people become engineers.”

Joining the firm towards the end of the New Bridge’s construction, John’s role involved making changes to drawings in accordance with the arrangement of the site. Although unsigned by him, copies of John’s plans are stored in the Trust’s archives and helped to inform preparations for the modern refurbishment. 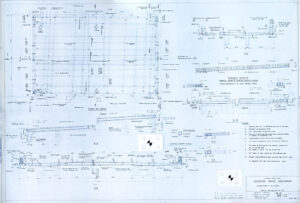 John said: “It’s quite remarkable to think some of my first work sits in an archive that houses hundreds of years of engineering documents, including items sealed by kings and queens.”

As well as his drawings, John’s expertise has been passed on, as two of his former colleagues, James Booth and Kate Castle (one of whom he mentored early in their career), are now involved in the Rochester Bridge Refurbishment Project.

Having started his career at the New Bridge, John could already see the potential of his chosen career, and he fulfilled this by going on to work on a range of projects that included overseeing multi-million pound transport schemes.

“Having now retired, I’m able to look back on a career that was full of testing moments and wonderment in equal measure,” says John. “I am able to drive past structures great and small and say ‘I did that’, it’s a wonderful feeling. Would I do it all again? In a heartbeat!”

And it all started as an office junior with a drawing board. We wonder where the careers of today’s apprentices will take them?