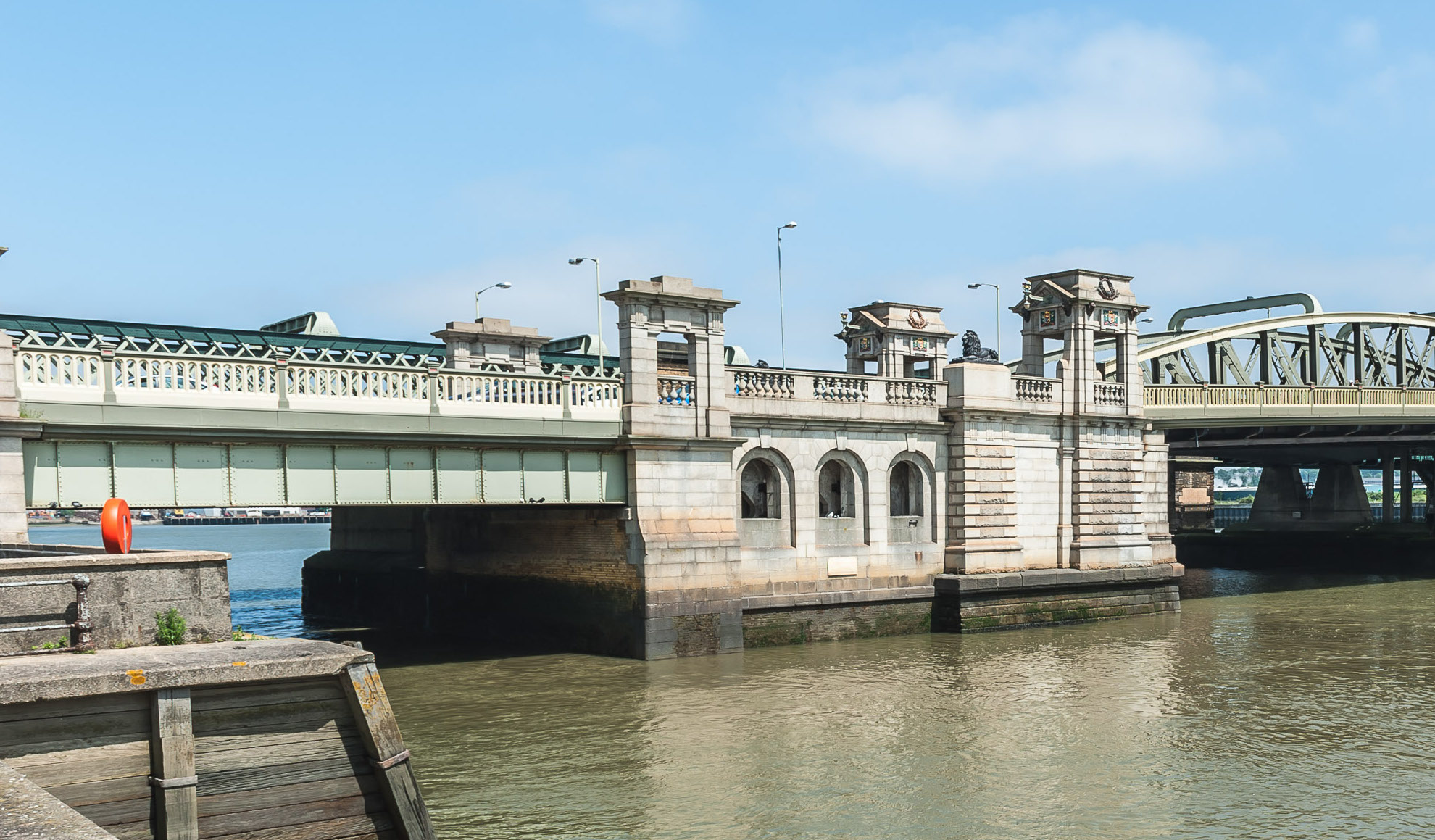 Introducing the works on the Old Bridge

The Old Bridge is the jewel in the crown of the Rochester Bridge Trust’s three river crossings.

Opened in 1914, the structure’s three steel bowstring trusses are recognisable as a symbol of Rochester, sitting comfortably alongside the cathedral and castle.

However parts of the bridge are actually older, because it sits on piers (the legs) constructed in 1856, under the direction and scrutiny of eminent engineer Sir William Cubitt. This means our engineers are actually working on structures that are more than 160 years old.

The biggest piece of work that needs to be done on the Old Bridge is to waterproof the deck of the Old Ships’ Passage and the Island Pier. For those unfamiliar with the names of the different parts of the bridge, the Old Ships’ Passage is the shortest span, at the Strood end, and was originally constructed as a swing bridge. The Island Pier is the largest of the ‘legs’ and often draws comments because it appears to have windows. This is because this pier once housed the machinery to operate the swing bridge. While the whole structure is regularly maintained and monitored, this part of the Old Bridge has not received any major attention for many decades.

Underneath the surface – the deck – of the Old Ships’ Passage there is a complex network of steel girders and bracing, which has already undergone some major repairs, refurbishment and strengthening. As pictured. 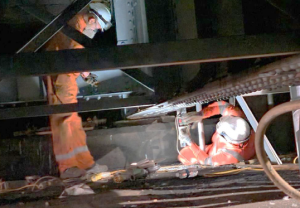 Above this network of steel is the deck, which is more than a sheet of tarmac. If you were to cut a wedge out of the bridge and remove it to inspect (please don’t!) you’d see it’s layered like a piece of cake.

From the bottom up the deck is made of troughed steel sheets, which are like a stronger version of the corrugated metal roofing you often see on industrial buildings. The sheets are supported on girders and filled with concrete, with several layers of surfacing on top.

The Old Ship’s Passage includes two expansion joints (one at each end), which allow the deck to expand and contract as temperature changes. You can see these features in the surface of the road. 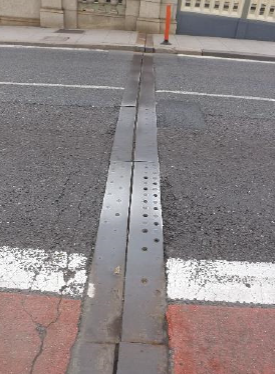 The structure around the expansion joints has begun to fail, and we are now nearing the point when replacement is essential to safeguard the structure. In addition, the waterproofing membrane between the surfacing and the concrete (shown as the blue line in the diagram, which is an extract from the scope of work) has failed and water is able to penetrate the structure, causing rusting and degeneration to the steel girders underneath.

The only way to tackle these issues is to remove all the surfacing and the top layer of concrete so that repairs can be carried out and a new waterproof membrane laid in the position shown by the blue line in the diagram above. The work has already started, as you can see: 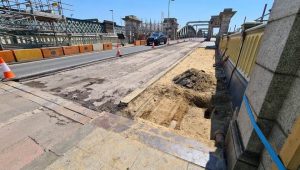 The waterproof membrane has to stretch continuously from parapet to parapet, all the way under both footways and the carriageway. To repair the expansion joints an even deeper and wider trough needs to be dug on each side of the joint, so that firm edges can be created once more for a new expansion joint. This will ensure the bridge is able to expand and contract safely for decades to come.

The most work is needed on the Old Ships’ Passage span and over the Island Pier, but it is also necessary to replace the expansion joints between the other spans.

The work is being carried out on one side of the bridge at a time, which enables us to keep one lane of traffic open for road traffic. Lead contractor FM Conway will be working as quickly as they can while also making sure the people on site are safe and the work is completed to the right quality.

We ask for your patience as some of the materials need time to cure and harden properly, which means there may not always be visible work going on in every area at all times.

Regrettably, there will be some disruption – for which we apologise – but once complete this work will help ensure the integrity of the bridge for many years to come.