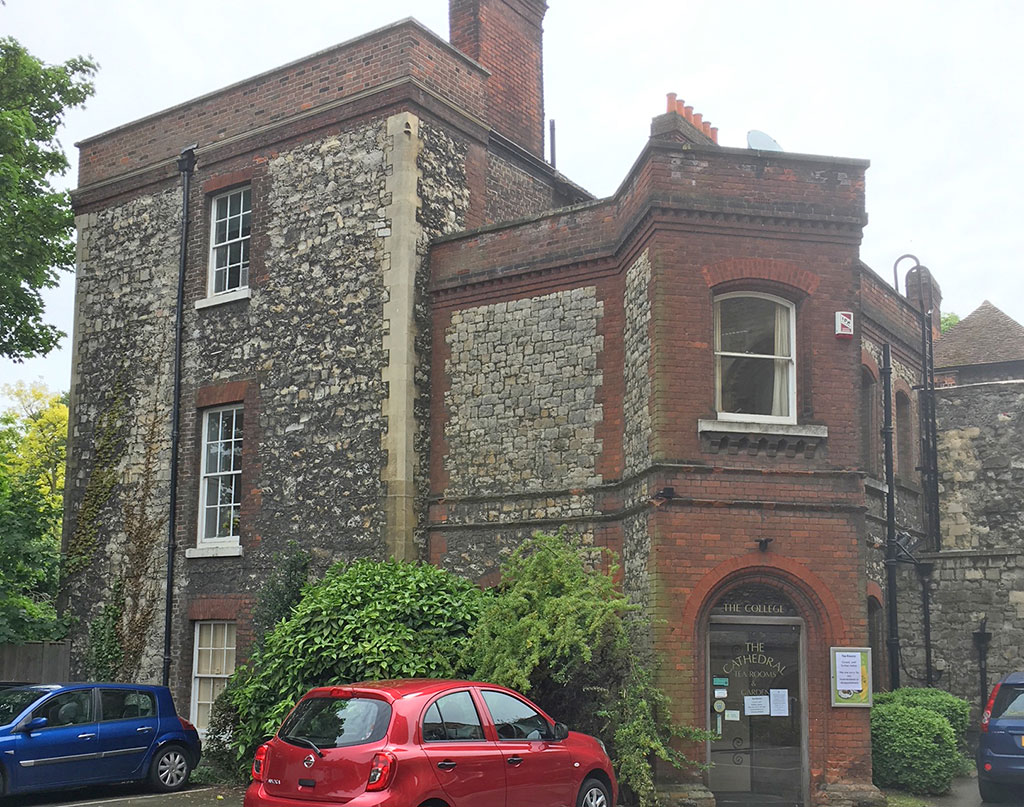 Work to conserve and renovate The Old Deanery in Rochester Cathedral is going well, with some interesting features being revealed. 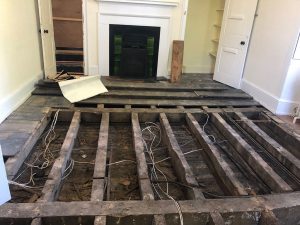 The Old Deanery, which will now be known as St Andrew’s House in recognition of Andrew the Apostle, is being renovated by the Rochester Bridge Trust. The first church on the site, established under King Ethelbert, had been dedicated to Saint Andrew.

The Grade I listed building we have today mostly dates from 1640 and 1770, but was originally a medieval priory. It underwent some internal re-ordering in the 20th century, including a brick extension. 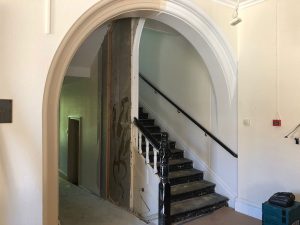 The Trust, which plans to use the building to house its expanding workforce, is investing approximately £150,000 in the renovations, supporting Rochester Cathedral by helping to preserve the building and reveal some of the previously hidden historic details. This investment will be further supported by a rental income paid to the cathedral for the duration of the Trust’s five-year lease.

Among the work carried out is removal of 1980s partition walls to reveal the main staircase and a medieval internal wall. The full arch above the bottom of the staircase can now be seen, creating a nice feature in the reception hall, whereas the alcove revealed was previously hidden behind plasterboard and tiles in the old tea room’s kitchen. To further complement the building’s interesting features, replica internal doors have been created to match the Georgian originals and replace modern fire doors. 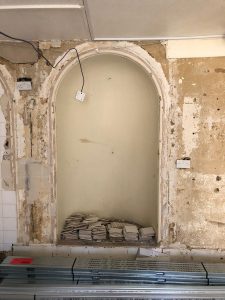 From a structural point of view, unseen works are being carried out to ensure the building remains in good repair for the long-term. Most notably at the moment, boards have been taken up because the floor was very uneven and bouncy. This is being strengthened and evened out in consultation with Medway Council’s conservation officer, meaning once the floor is re-laid there will be no visible difference to show any work took place.

Contractor BW May & Son Ltd, of Sittingbourne, is responsible for the work. The Trust is due to begin using the building in the autumn.