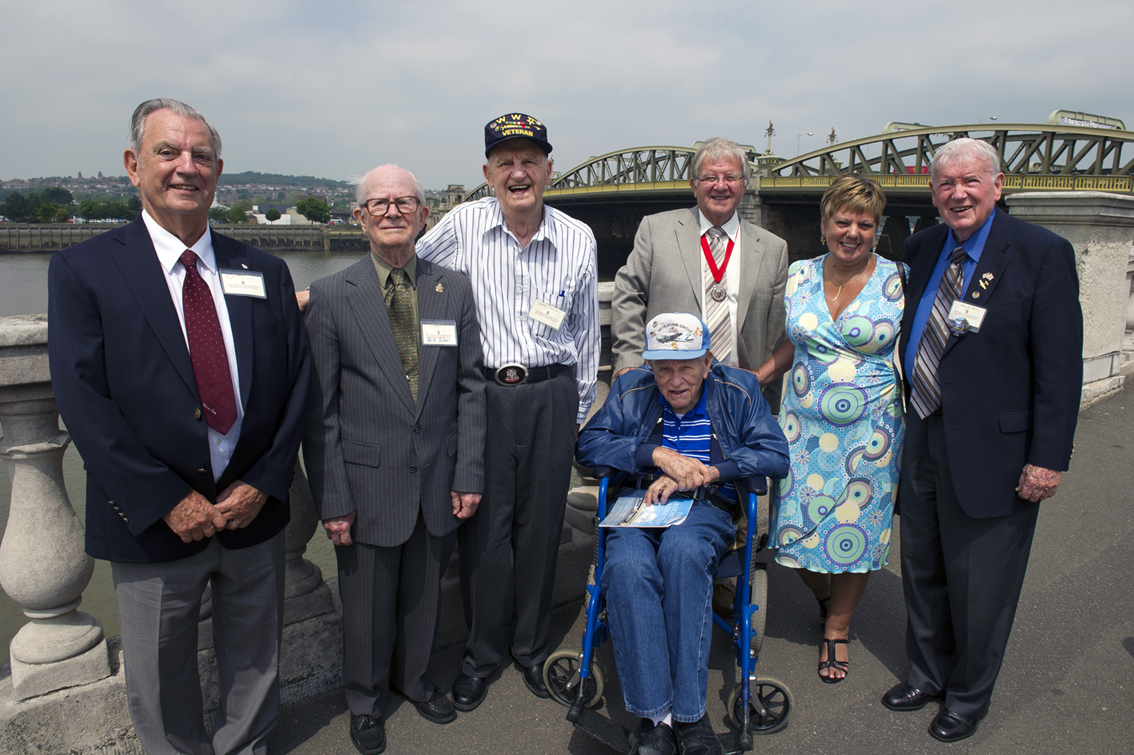 US Air Force veterans paid a flying visit to Medway during a trip to the UK to commemorate colleagues killed during the Second World War.

Rochester Bridge Trust hosted the five veterans from 457th Bomb Group at a special lunch in the Trust’s medieval chapel. They had earlier been given a tour of the Cathedral and the surrounding area by the City of Rochester Society.

“It was an honour to meet the veterans with their families and friends, and their visit reminded all of us at the Trust of the debt of gratitude Great Britain owes to our American allies,” said Junior Bridge Warden Tony Goulden, who hosted the lunch.

Mr Goulden explained: “The Trust owns an estate at Conington in Cambridgeshire which includes the former Glatton Airfield where 457th Bomb Group was stationed during the war. “The veterans return to the base every other year to pay their respects to their fallen comrades, and when we met them on their 2010 visit, they accepted our invitation to visit Rochester next time they were in the UK.”

Later that day the Senior Warden, Russell Race, joined the veterans in Peterborough at a dinner paid for by the Bridge Trust to mark the end of this year’s reunion.

There is a monument at Conington Church to the aircrew who lost their lives during the conflict, and many are buried at the American Cemetery at Madingley on the outskirts of Cambridge.